First let me say, “I’m not a Realtor” so I’m not trying to toot my own horn here.  Most people feel the same way about real estate agents as they do used car salesmen.  I’m not sure why that is, but many of us can point to a situation where we didn’t really get as good of a deal as the salesperson made it sound.  Just like any business, there are very professional agents and the not so professional agents.  But a good real estate agent can be worth their weight in gold and can help you make more money. 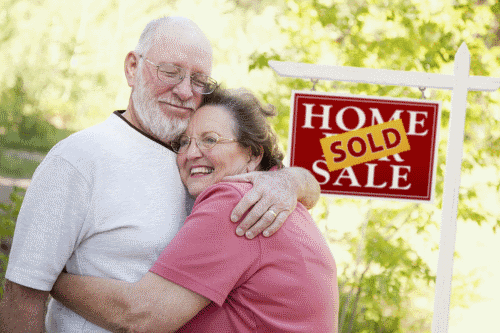 In the first transaction, the seller hired a good, local and knowledgeable agent to help them sell their house.  The first thing the agent did was to encourage the sellers’ to get a professional appraisal prior to listing their property.  The agent did this so the seller’s would not be swayed by their own personal feelings of value.  But, as often happens, the seller’s emotions kicked in and they felt that their property was worth more than what the appraiser had valued their home at.   Now, to be fair, an appraisal is just “an opinion of value” but is probably based more on reality than personal feelings.  In this case, the sellers’ emotions won and they insisted on listing their property $30,000 above the appraisal value – contrary to their agent’s advice.

Most buyer’s look at potential homes online long before they get in their car to go look at a house.  As a result, they have a bit of experience looking at houses and judging value while sitting at their computers.  Potential buyer’s quickly overlook homes that are priced too high.  You may think that they just need to come see your home, but they will often reject a house long before going to see it.  Buyers will likely mentally discount your home if it is over priced for the neighborhood.  Have you ever seen a sign that reads “Must See Inside”?  That’s probably a home that’s over priced for the neighborhood.

Incorrectly pricing a home can cost you valuable time on the market.  Worse, it can also stigmatize your home.

Price Reduction – There must be a problem with that house

You may be thinking that someone will offer you a lower price if your listing price is too high.  Actually, the opposite is probably more true.  Most buyers don’t want to offend someone with a lower price, so they simply don’t write an offer.  As a result, over priced homes just sit on the market.  Once a house has sat on the market, you must make a decision.  “Will I drop the price to get more interest?”  Often, this creates a psychological response in potential buyers.   “Oh, there must be something wrong with that house or they wouldn’t have needed to drop the price”.  Well, there was something wrong, but the problem not the house, it was the price.

Unfortunately, by dropping the price the seller has inadvertently created a potential stigma in the buyers’ mind.  Now, it may take a significant drop in price to cause buyers to smell blood – at your expense.  In the case of our seller above, their property sat on the market for six months.  During that time their house went through several price reductions before finally selling for $30,000 less than the appraisal.  In this case, not following the advice of their agent cost them a lot of money.

In the second scenario, I had contacted an owner whose property was in need of major repairs.  The house had been a rental for several years and had a lot of neglect and deferred maintenance.  The bathrooms were gross and non usable, the kitchen and bathrooms were in need of being completely replaced.  The house was in such disrepair that no lender would have been willing to loan on the property.  Any lender would have required about $20,000 in repairs to be made first, and that would have only fixed the basics.

Rather than selling directly to me, the owner chose to list the property through an agent.  Ultimately, they sold their property for a just little more than I had been willing to pay.  Even though the owner sold the property for more than my price, they actually made less money.  They would have made more money if they had sold it directly to me and bypassed a real estate agent.  They had to pay $18,000 in agent commissions and closing costs.  Had they sold to me, they would not have had to pay any of these.  In this case using an agent probably cost them $10,000.  A good agent probably would have stepped aside and encouraged their client to take my offer if they were aware of it.